Short Stories to Touch Your Heart 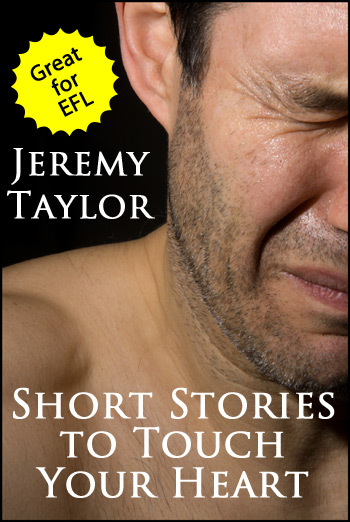 Short stories to Touch your Heart is a collection of six very moving stories taken from different walks of life:

In Rapidly Downhill, A teenage boy teaches his grandfather, who has Parkinson’s, how to play a game on an old mobile.
In Champion’s New Home, a Doberman pup called Champion, sees his siblings sold off to new homes and looks forward to his own new home.
In Will You? a young student in a pottery class is looking for friends. Will she find what she’s looking for?
Playing God with František tells the story of a rich foreigner in Prague helping out a local guy.
In Afternoon in Cairo, a businessman suffers in the hot streets of Cairo after losing his wallet.
In the final story, The House That Billy Built, we meet Billy Francis, a very special schoolboy, whose life is transformed by a new teacher.

Champion was two months old. There was a piece of paper somewhere saying that Champion was a pedigree Doberman pinscher. However, Champion did not know this and hence did not look or behave as a Doberman pinscher should. He had cute pick-me-up-and-cuddle-me eyes, a slight squint, and a yap rather than a threatening bark.
People who came to see Champion and his brothers and sisters wanted to see an animal that paced menacingly up and down, scowling at everything. However, despite his best efforts at imitating his brothers and sisters, Champion could not resist the occasional skip or jump while pacing and his scowl looked more like a child’s shameless smile on a kindergarten photograph. So the people, many of whom scowled and paced menacingly far more effectively than Champion, had chosen Rex, Prince, Driver and Suzy – leaving just Champion and his sister Ruby.
Champion’s mother explained to them that their brothers and sisters had gone to new homes. Occasionally she saw her children (she had over 40) at dog shows. She told Ruby and Champion that they were all happy in their new homes, perhaps some of them were. But she was sad to see any of her children looking anything but friendly.
One day the people came out to the large kennel where Champion lived with his mother and sister. They took his mother away.
“Where are you going?” barked Ruby.
“Where are they taking you?” yapped Champion.
“Don’t worry, I’ll be back,” said their mother.
About three hours later they brought her back. She looked tired and had a slightly dazed look in her eyes. Their mother curled up and went to sleep for six hours.
Some weeks later, Champion and Ruby noticed that their mother was getting fatter. She insisted she was OK though she was often tired.
One day some more people came. They looked at Ruby and Champion. Ruby barked at them while Champion yapped at them. It was a deeper yap than before but it was still a yap. The people picked up Champion and looked at his teeth and his eyes. Then they tossed him back into the run.
While Ruby was being examined she growled threateningly which seemed to appeal to the people. That evening Champion was the only pup to snuggle up to his pregnant mother. He dreamt of his new home. Where would it be? What would his owners be like?

Do you want find out about Champion’s New Home?

The book is available from:  Smashwords     Amazon   Kobo Books