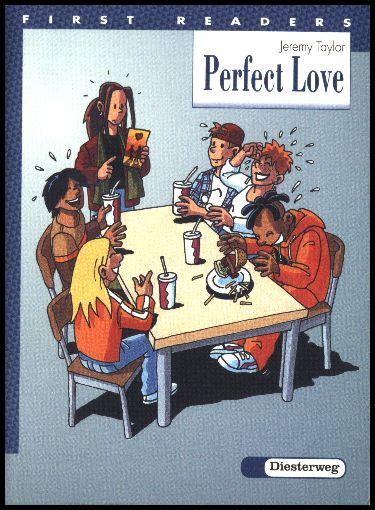 It will soon be February the fourteenth. St. Valentine’s Day! The day of love! Everybody wants to get a Valentine card… But who loves who? Also David wants to win ten thousand pounds in a competition. Will he win the money? Can Claudia Schiffer play basketball?. A crazy story, with a crazy ending! Read Perfect Love and find out at least some of the answers!

An excerpt from Perfect Love

It was a cold February the tenth in London. The weather was a boring four degrees Celsius. Cold enough to be miserable but warm enough to melt snow.It had snowed a little in the morning but the snow had melted quickly and there were only small piles of grey slush on the sides of the Bayswater Road. Snow never stays on the ground for long in London.
But a special day was not very far away. February the fourteenth – St.Valentine’s Day! A day of love. So what was happening in the Notting Hill Gate area on February the tenth? Charlie and David were jogging around Kensington Gardens next to the Bayswater Road. While jogging, they were also discussing, not love, but the environment! As usual, thirteen year old Professor Charlie Macintosh had a theory or two.
“Man is the only animal on this planet that makes rubbish,” said Charlie. “Look at the Bayswater Road! There are plastic bottles, plastic bags, cigarette packets, plastic milk containers…”
“So how are you going to buy milk?” asked David. “You can’t drink it directly from the cow!”
“But why do people buy plastic bottles?” complained Charlie.
“Because plastic bottles are cheaper than glass bottles,” explained David. “We had milk delivered last year and that milk came in glass bottles. He was a friendly guy, our milkman.”
“So why did you stop?”
“My mum said it was too expensive. Milk in the supermarkets was half the price.”
“Money!” cried Charlie, as they ran around the round pond. Some old men were sailing boats on the calm water. “Is that all that people think about these days?”
“Not the only thing,” answered David, a little breathlessly. “But for a lot of people it is important. A lot of people would like to be environmentally friendly…”
“But not if it’s going to cost them money.”
“Exactly. People can’t afford it. Things are getting more and more expensive all the time.”
“That’s the problem,” said Charlie, kicking a football back to a group of girls. “Everybody thinks about money. Some people have millions of pounds, other people have nothing. I wish things were a little fairer.”
“You’re not a communist, are you Charlie?”
“No, but I wish people didn’t think about money all the time.”

You can get the book from Amazon