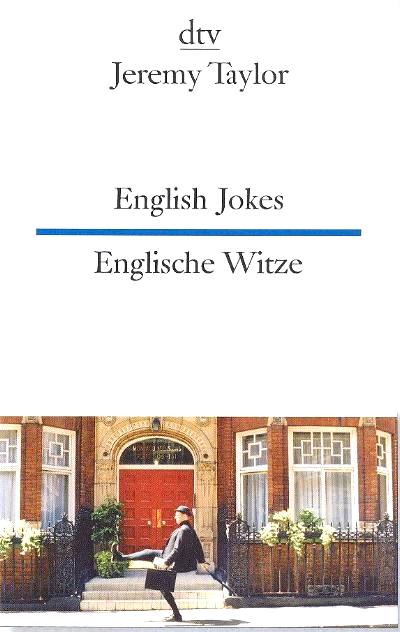 I moved to Germany in 1987. With my first pay packet I bought a second hand typewriter from the American army for 30 deutschmarks. I then ransacked my brain for all the jokes I used to tell at school – and typed them out. I then met a woman in a pub who kindly agreed to translate them, though not type them out. So I spent some very long hours typing out the German side of the manuscript. I sent off a heavily tippexed manuscript to Langenscheidt who turned it down (though asked me to do some other work for them) and someone recommended Bastei Lubbe, more famous for publishing Mills and Boon romances.
Undaunted, I sent off the manuscript and about two weeks later received a letter telling me that they wanted to publish the book (my first) and it first saw the light of day in 1989. One or two other things were going on in Germany at that time and my joke book, despite selling 11,000 copies, was put out to grass.
20 years later, dtv, one of the biggest publishers in Germany, has published my joke book for the benefit of German readers (and for foreigners who wish to brush up their German). They have published it with the excellent cartoons produced by a Lithuanian artist and should prove popular both with teachers and students. It is available on Amazon.de (though the one reviewer didn’t like it at all.) Readers in the UK can buy the book from Amazon.co.uk.
Update August 2014: The book has already been reprinted six times so it seems the Germans do have a good sense of humour after all.

The book is now available as an eBook from Amazon.de

samples of my other joke books