Cycling over the Pyrenees 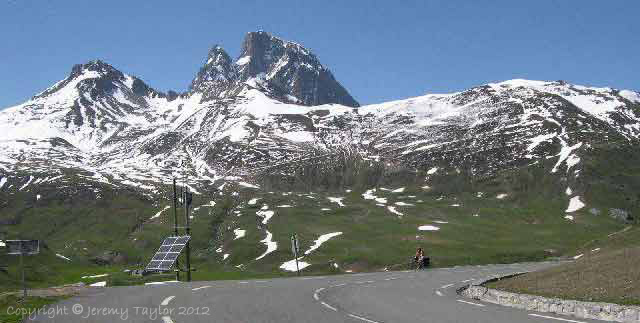 In early May, 2005, I saw an advert on the Lonely Planet website. Someone was looking for a partner to cycle from Frankfurt to Prague – on a folding bicycle. Intrigued, I contacted the person and suggested she might enjoy cycling in the Pyrenees. Two hours later, Jodie bought a ticket to fly down to Pau for a four day cycling trip and our journey started on the 19th of May.

I have a special page full of lizards here.

If you’re interested, the monastery has a website – it is all in Spanish but you can see some pictures even if your Spanish is not very good.

It was a great trip. Around 450km in 4 days, two nights camping, one night in a 12th century Monastery. A big thank you to Jodie for coming along; she is great company and it is very likely that we will be touring together again soon.

More of my cycling?