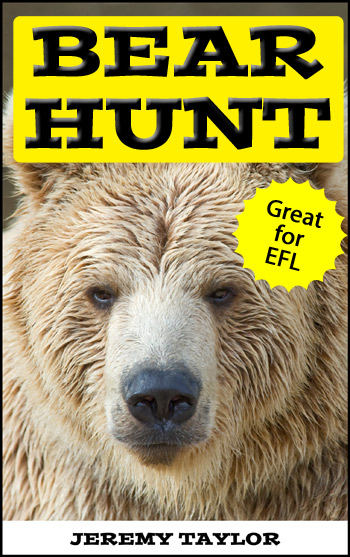 Sixteen-year-old Canadian Brad Forest is taken to Slovakia by his parents. Yet another boring international school for Brad? Oh no. Things in Slovakia are a little different… there’s adrenalin, adventure and romance. A great book for teenagers with a sense of adventure.

Brad Forest lay in the long grass on the side of the hill. From here he had a perfect view. His video camera was filming silently next to him. But at the moment, there was nothing to film. There were no Russians, Americans or Germans with guns. There were no bears. There was just a small path running across a grassy area next to a forest. Then Brad heard a low whistle. It was Petra. The low whistle meant that something was happening. Brad checked that his video camera was filming and lay down to watch through his binoculars. What was he doing here? Wasn’t it incredibly dangerous? Men with guns. Bears. This was not a very intelligent idea. In fact only someone crazy would do something like this. Someone like Brad. But how exactly did he get here? It’s an interesting story.

Want to know what happens to Brad?

The book is available from:  Smashwords    Amazon